Skip to main content
Funding is now available. Application processing times are longer than usual. We apologize for the delay.

The Clean Vehicle Rebate Project (CVRP) promotes clean vehicle adoption in California by offering rebates of up to $7,000 for the purchase or lease of new, eligible zero-emission vehicles, including electric, plug-in hybrid electric and fuel cell vehicles.

California is leading the nation in clean vehicle adoption with more plug-in electric vehicles on its roadways than any other state. This shift away from gasoline and diesel brings many environmental and economic benefits, including less air pollution and reduced greenhouse gas emissions.

The Clean Vehicle Rebate Project (CVRP) promotes clean vehicle adoption by offering rebates of up to $7,000 for the purchase or lease of new, eligible zero-emission vehicles, including electric, plug-in hybrid electric and fuel cell vehicles. As long as funds are available, eligible California residents can follow a simple process to apply for a CVRP rebate after purchasing or leasing an eligible vehicle*. 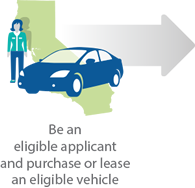 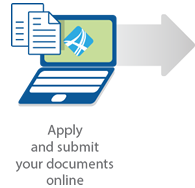 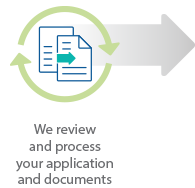 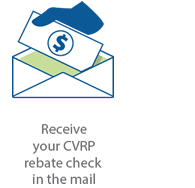 * San Diego County residents also have the option to get preapproved for a CVRP rebate through CVRP Rebate Now. Learn more

The Center for Sustainable Energy (CSE) administers CVRP throughout the state for the California Air Resources Board (CARB). CARB is a part of the California Environmental Protection Agency (CalEPA) and exists to promote and protect public health, welfare and ecological resources through the effective and efficient reduction of air pollutants while recognizing and considering the effects on the economy of the state. CVRP funding is determined by an annual funding plan that is developed with public input and approved by CARB.

CARB also offers CVRP for Public Fleets, with a standard CVRP rebate for all California public entities and increased incentives for those entities operating in California’s most vulnerable and pollution-burdened areas. CARB also provides the Drive Clean Incentive Guide, which consumers can use to identify additional incentives for vehicles and charging stations throughout California.